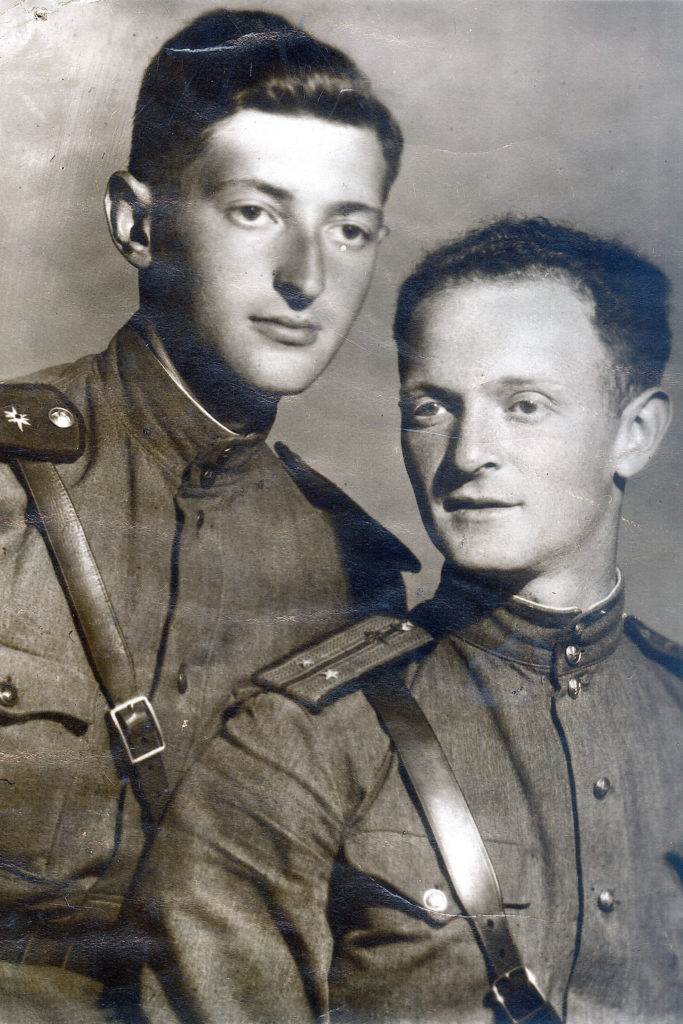 This photograph was taken in 1942 in Moscow during the war.

At that time broithers Wolf and Boris served in the army and met at the courses for signalmen in Moscow.