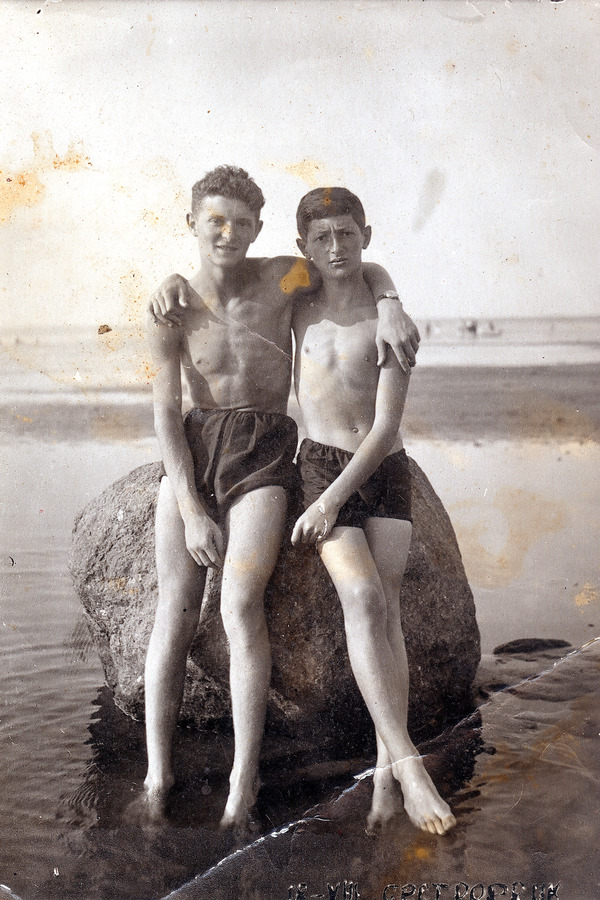 This photograph shows Wolf Drapkin and his brother Boris. It was taken in 1938, when Wolf was 16 years old.