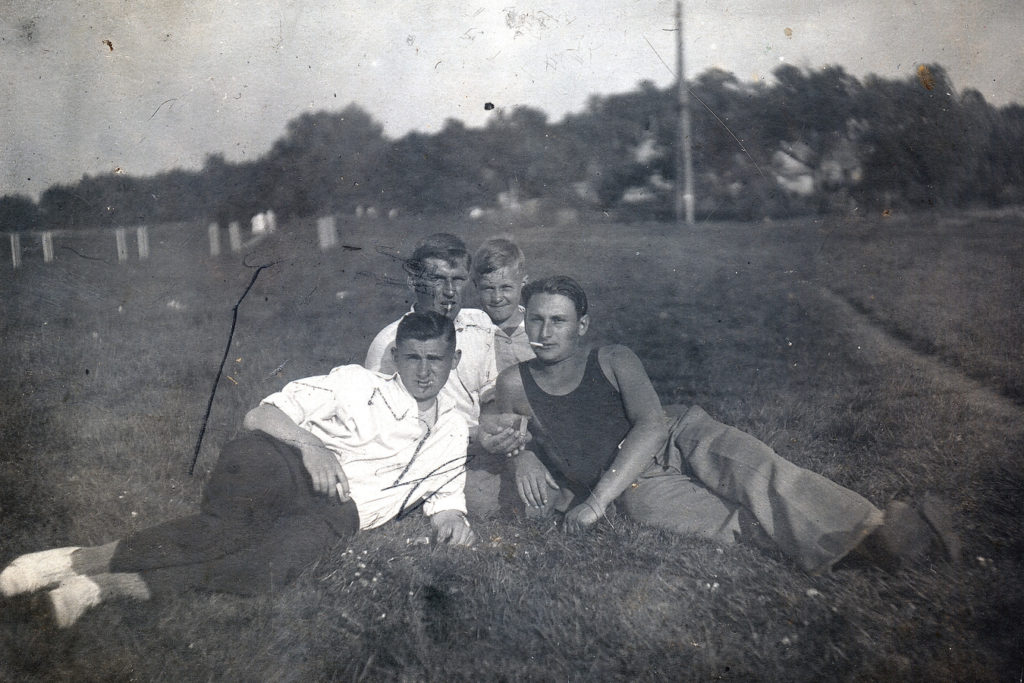 This photograph was taken in 1940. Here you can see my elder brother Hirsh with his friends (he is on the left in the photo).

In our family there were 3 children: elder brother Hirsh was named in honor of my paternal grandfather. Hirsh was born in 1920. The next child was me, Elena (born in 1924).

And my younger brother Saul was born in 1929. Saul was lost on November 20, 1941 in Minsk ghetto together with Mum.

I attended kindergarten, later I became a pupil of the school no.34. After a while we were moved to the Stalin school no.21.

My elder brother Hirsh studied at school and had a hobby: he liked to dance and was rarely at home. We together with my younger brother Saul stayed at home. I remember us building a steam locomotive of chairs.

As our parents were busy with their work, I spent all the time with my younger brother.

We were very modest in dress. Sometimes children wore clothes with room for growth. Parents paid main attention to feeding and educating of children.

Before the war my elder brother studied at school, and after the war burst out he left for the army. This is all I know about him till now.

After the end of the war I wrote to the all-Union Search Department, and they answered that he was not registered among persons who were killed in battle, died of wounds or were missing.