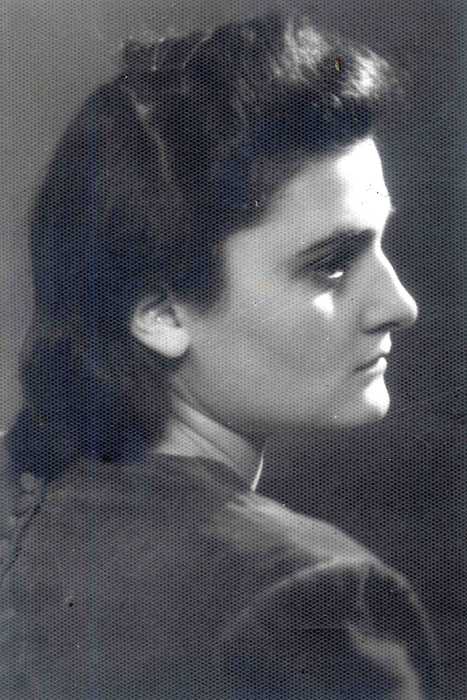 This photograph was taken in 1946 in Leningrad. It was taken by a friend of mine. At that time I was a student of the stomatological school.

My husband Drapkin Wolf Yakovlevich was born in 1921 in Gorodok (now Belarus). At the age of 2 months his parents brought him to Leningrad where he finished school.

His mother was a housewife and did not work; his father was director of a big shop in Ligovsky prospect. During the siege he stayed in Leningrad, and his family lived in evacuation.

My husband had a brother and 2 sisters. Before the war he finished military school of communications, got appointment to the Far East and was moving by train to the destination point when the war burst out.

In my polyclinic I shared my ideas with its manager (she was Jewish too) Anshelis. That wise woman looked at me attentively and said “Elena Askaryevna, do not trust these newspapers, you will see them rehabilitated one day.”