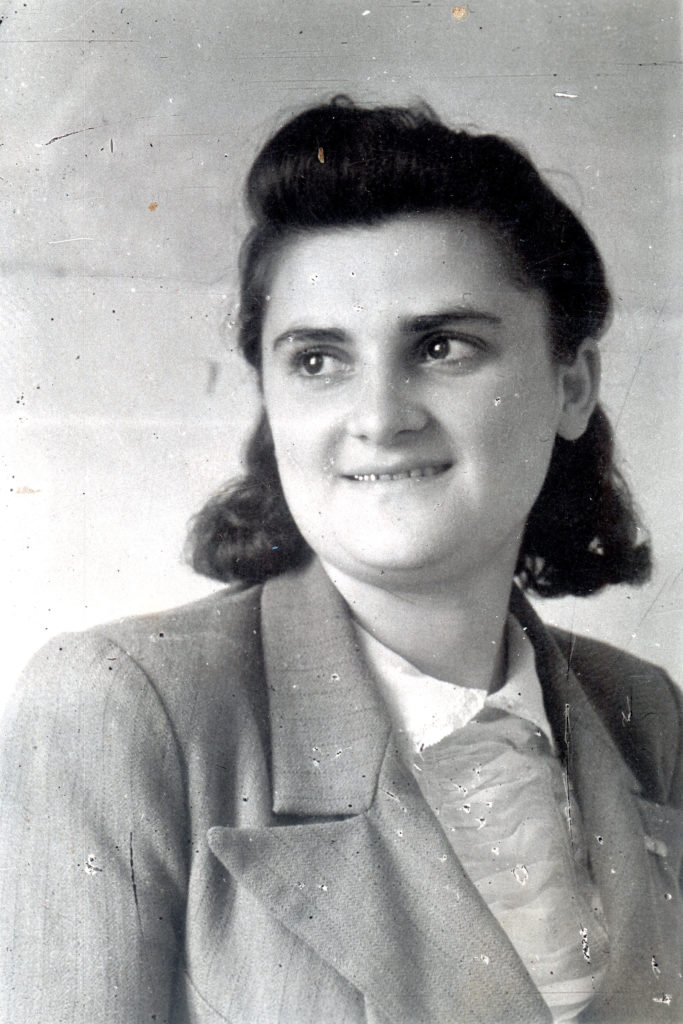 This photograph was taken in 1945 in Minsk after its liberation. At that time I worked at the Minsk executive committee.

I was a member of the partisan group from 1942 till July 3, 1944. Later we joined active forces of the Red Army. After that we got an order to clean the woods.

Germans broke up into small units and hid in the woods (especially volunteers from among local residents). They lived in our earth-houses, and we tried to find them. It lasted about a week.

That was why I did not manage to be on the Victory parade in Minsk. I got to Minsk later. Immediately several girls and I got fixed to job: we were secretaries (gave out meal tickets, documents, and characteristics).

Franz Dvorack, my commander told me that as I was with partisans from the very beginning, I had to describe everything in full details (in fact he could not write in Russian). I did it, and only then he gave me my documents.

In 1944 vice-president of the Minsk executive committee came to us and asked about 2 competent girls for work in his reception. He did not want to take someone who was on the occupied territory. I and my friend Alla were taken there.

Together with Alla we lived in a hotel. Several months later we started asking for another habitation. And we got one small room and a kitchen on the ground floor.

Alla was from Kinghisepp [a city in Leningrad region], before the war she worked in Minsk. During the war she worked there for Germans in a passport office. She gave out passports for partisans, but Germans got to know about it. Fortunately Alla was alarmed in time, therefore she had time to leave and survived.

I also understood that they wanted to come back home. I made invitations for them. I thought that when my relatives arrived, we would live in my room all together. But suddenly there appeared a Jewish woman with 2 little children – she was the mistress of our apartment.

Public prosecutor of Minsk decided to return the room to that woman. Alla and I had to move away. But that woman appeared to be very kind, she understood the situation, and let us stay in her room.

So we were 5 in that small room: the woman, 2 children of her, Alla and me. I was horrified: where should I lodge my aunt and her children?

So we (Alla and I) decided to live in the executive committee building for some time.

My aunt and her children arrived in December 1944 or in January 1945. I told my aunt everything, and we managed to lodge her and her children in her former apartment together with new tenants.

In Minsk restful life was shaking down rapidly, I had good work. But walking along the streets of the city where my parents, my brother (all my relatives) had been shot was very hard for me.