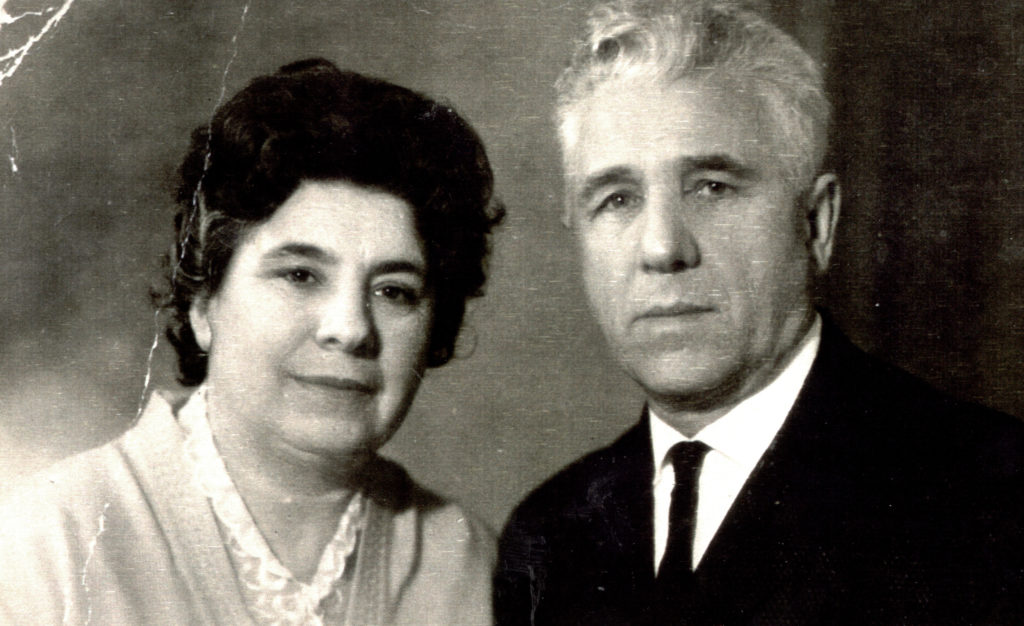 This is a picture of my sister Broha Shapiro [nee Pisarenko] and her husband Isaak Shapiro. The photo was taken in Chernovtsy in 1967. Isaak Shapiro was my maternal aunt Haya’s husband. He was a very nice man. He was a locomotive operator. He was an orphan and grew up in a children’s home. They had three daughters. In June 1941 Haya was pregnant again. We knew that she had her fourth child on 22nd June 1941, when Germans were already in Gomel. Isaak happened to be on a business trip that day. When he returned there were Germans in Gomel. He couldn’t get home. He managed to obtain a certificate stating that he was Ivan Petrovich Pisarenko, a Russian. He lived in the underground and blasted two German trains. Once, when he was in the sauna, his companion figured out that he was a Jew. Isaak ran away and joined the partisans. We have articles from newspapers about Isaak’s heroic deeds during the war. After the war he was trying to find his family and found out that they had all been taken to Treblinka or Auschwitz and exterminated. He was alone and came to us looking for a shelter. He married my older sister, Broha in 1947. Broha finished Oil College in Bashkiria. She couldn’t find an adequate job with her profession in Chernovtsy and had to work as a shop assistant to support her family. Isaak and Broha lived together for 54 years. They have a son and a daughter. Isaak has already died and Broha lives with her children in Rostov now.