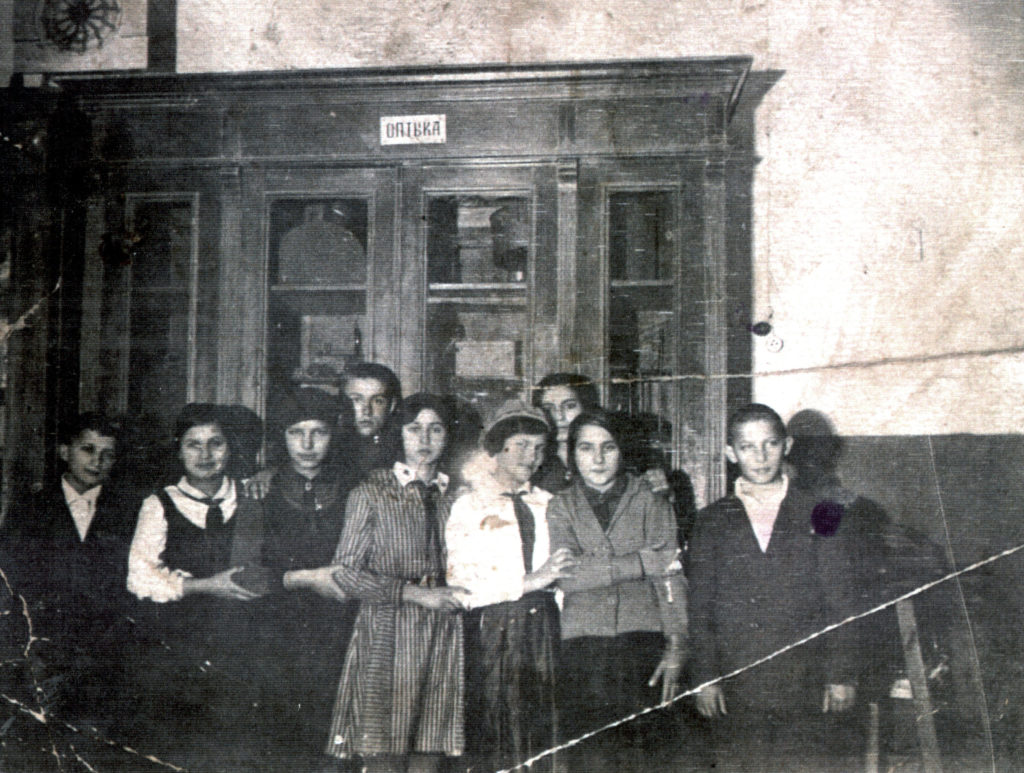 This is a picture of students of the 10th grade at the school in Gomel where my sister Broha Shapiro [nee Pisarenko] and my brother Misha Pisarenko studied. They are in their physics classroom. Broha is on the very right. Misha took the photo. During the war almost all the students on this picture perished. In 1941 Misha and Broha finished the 10th grade at a Jewish school and were thinking of continuing their studies. My father had only studied at cheder and was very happy that his children would get a higher education. Everybody had great expectations of the future. I was a very vivid boy and interfered with Misha and Broha when they prepared for their exams. In May 1941 Mama sent me and my older sister Lisa to Aunt Musia in Moldavia. Her husband and daughter lived in the town of Bershad. I was three and a half years old, Lisa was 16. At the beginning of the war my father was summoned to the front. Misha finished secondary school and submitted his documents to the Medical Academy in Leningrad. He went to the front instead and perished there. He was a tankman and had a platoon under his command. Almost all his classmates perished, none of the boys returned from the front. Almost all girls from the class, in which Misha and Broha studied, also perished. After the war Broha finished Oil College in Bashkiria. She couldn’t find an adequate job with her profession in Chernovtsy and had to work as a shop assistant to support her family. In 1947 she married Isaak Shapiro, who was a widower after his wife Haya died. Broha lives with her children in Rostov now.