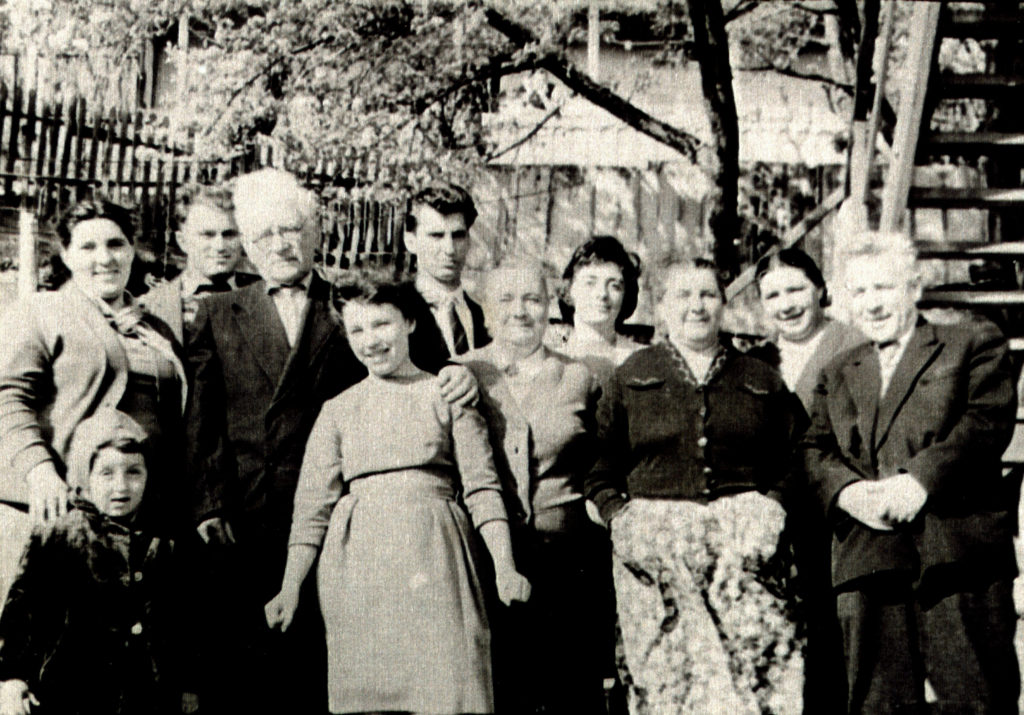 This is a picture of my family. From left to right are my sister Lisa Muravina [nee Pisarenko] and her daughter Tatiana, her husband Aron Muravin, my father-in-law, Mark Krasilschikov, his niece Masha, me, my mother-in-law, Natalia Krasilschikova, my first wife Svetlana Pisarenko [nee Krasilschikova], my mother Basia Pisarenko [nee Shulkina], my older sister Broha Shapiro [nee Pisarenko] and her husband Isaak Shapiro. The photo was taken in the yard of our house in Chernovtsy in 1965. I’ve been married twice. I first got married in 1961. The mother of my future wife, Svetlana Krasilschikova, was my mother’s friend. They were an absolutely assimilated Jewish family. They didn’t have a feeling of their Jewish roots and didn’t remember their origin. At that time Svetlana was working in the Geography Department of Astrakhan University in Russia. We were the same age. She came to visit her mother, and that’s when we met. We got married soon and Svetlana moved to Chernovtsy. We didn’t have a wedding party. We had a civil ceremony and a dinner at her home attended by about 20 relatives and closest friends. Svetlana got a job as a statistics specialist, but she didn’t like it. We had two sons. Alexandr was born in 1963 and Konstantin in 1976. Svetlana didn’t accept me the way I was. She didn’t like life with a schoolteacher with a big work-load and a small salary. She didn’t accept my Jewish identity, although she was a Jew herself. We lived together 16 years before we got separated. She moved to Lvov with our sons and defended her thesis there. She is a professor and Doctor of Sciences now. My sister Broha finished Oil College in Bashkiria. She couldn’t find an adequate job with her profession in Chernovtsy and had to work as a shop assistant to support her family. In 1947 she married Isaak Shapiro, who was a widower after his wife Haya died. Broha lives with her children in Rostov now. Lisa was an apprentice at the weaving factory. After a year she finished a course in accounting and became an accountant at the same factory. She married Aron Muravin, a Jew and former school friend. They loved each other, and my parents gave their consent to the marriage. Lisa and her husband had two daughters. Regretfully the time in the camp during the war affected Lisa’s health and she died young, in 1966.