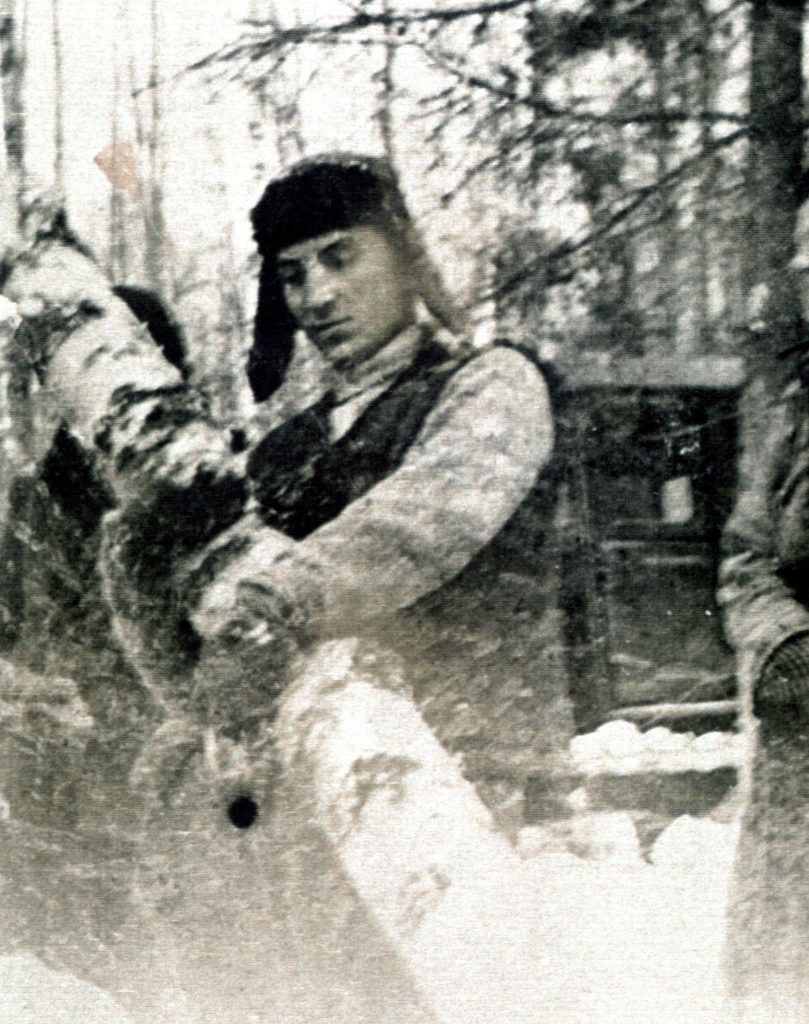 This is a picture of me on the timber site in Vologodskaya region. The photo was taken in 1958. I studied well. My father wanted me to go to a trade school to learn some profession after I finished seven years at school. He was very ill, and he wanted to be sure that there would be someone to support the family once he would ‘leave’ us. But I was eager to study. I knew that I had to work and support my family, but I couldn’t imagine leaving school before finishing it. When I was in the 7th grade I began to give private classes. My first student was from the 5th grade. His parents didn’t pay me but they gave me food. My second student paid me 3 rubles per lesson. It wasn’t just the money that attracted me but also the possibility to be a teacher. My father told me that I had been named in honor of one of his relatives, who was a teacher at cheder, and joked that I probably also borrowed his vocation. My parents gave me the opportunity to finish secondary school. . I tried to enter the university in Chernovtsy, although I knew what rector Leutskiy had said, ‘There will be as many Jews at university as on the virgin lands’. [Editor’s note: The rector was referring to the virgin lands in Kazakhstan, where historically there were no Jews.] At that time the Soviet power started another utopian project – the development of the virgin lands of Kazakhstan, although this was saline land and nothing could grow there if there was no irrigation. At my entrance exams I got a ‘5’ for composition, but a ‘3’ in history, although history was my favorite subject and this was evidently a prejudiced attitude. I failed to enter university, and I couldn’t depend on my mother any longer, so I went to the virgin lands. I worked there for a year. Then I decided to try again in Vologda. In 1955 my brother Abram lived there. Anti-Semitism in the far-away land wasn’t as pronounced as in Ukraine, probably because there were fewer Jews there. I entered the Department of Physics at Vologda University. I studied well. Money was always a problem. I always passed my exams in winter in advance so that I’d be able to work at the wood cutting site. It was hard but well-paid work. My earnings for a month or a month and a half lasted me until summer. I went to Chernovtsy in summer. I worked at the children’s summer camp where I had meals and earned some money. And I could see my mother, my father and my friends. After university I got a job assignment in a Moldavian village and worked there for two years as a teacher of physics. Afterwards I returned to Chernovtsy. It was hard to get a job there – my Jewish nationality was a problem. I got a part-time job first and then became a full-time teacher of physics.