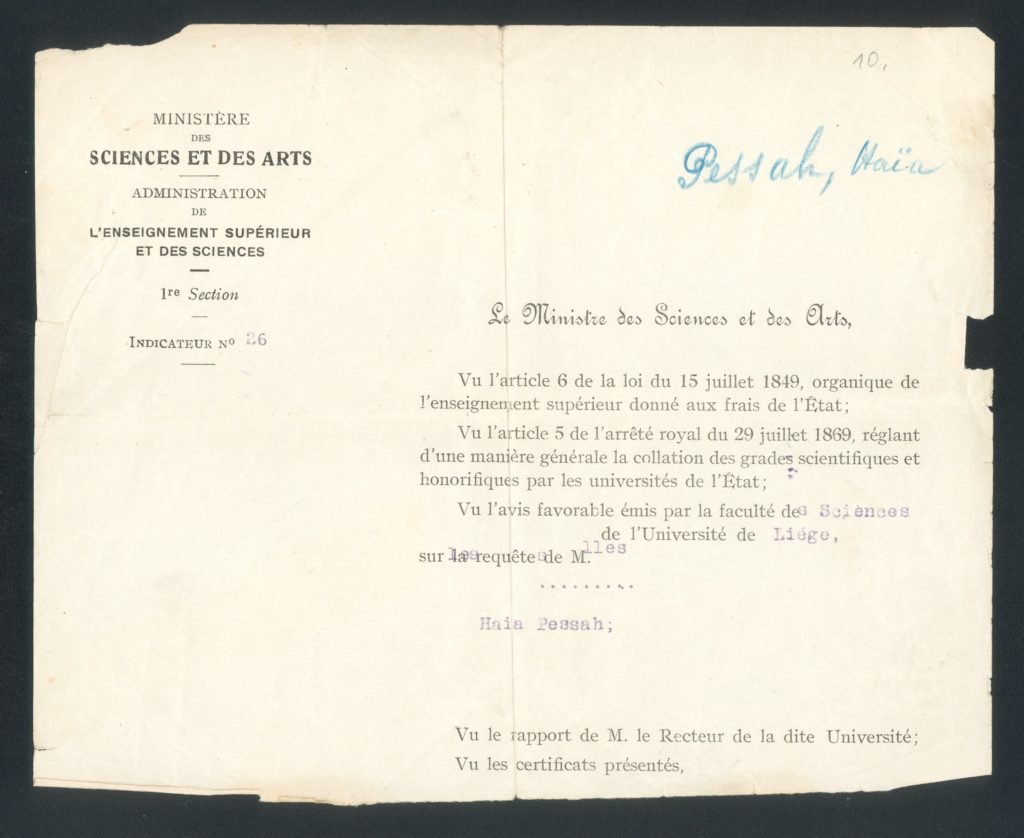 Document of the Belgian Ministry of Sciences

This is a document given to my mother Haya Peisakh by the Ministry of Sciences in Liege, Belgium, when she planned to continue study in France in the 1930s.

My mother graduated from grammar school in Beltsy in 1928. Right after graduation my mother went to Belgium and entered the University of Liege. She studied chemistry there.

We have a certificate of the Ministry of Science of Belgium, stating that mother passed entrance examinations to the university.

In spite of the fact that mother was from a well-to-do family and her parents could pay for her studies, my mother earned additional means as a governess, an occupation that was quite common among students.

In France the regulations were similar at that time, but she still decided to go to France. Mother entered the Chemistry Faculty of the University of Lyon and finished it in 1934. We have her diploma as well.