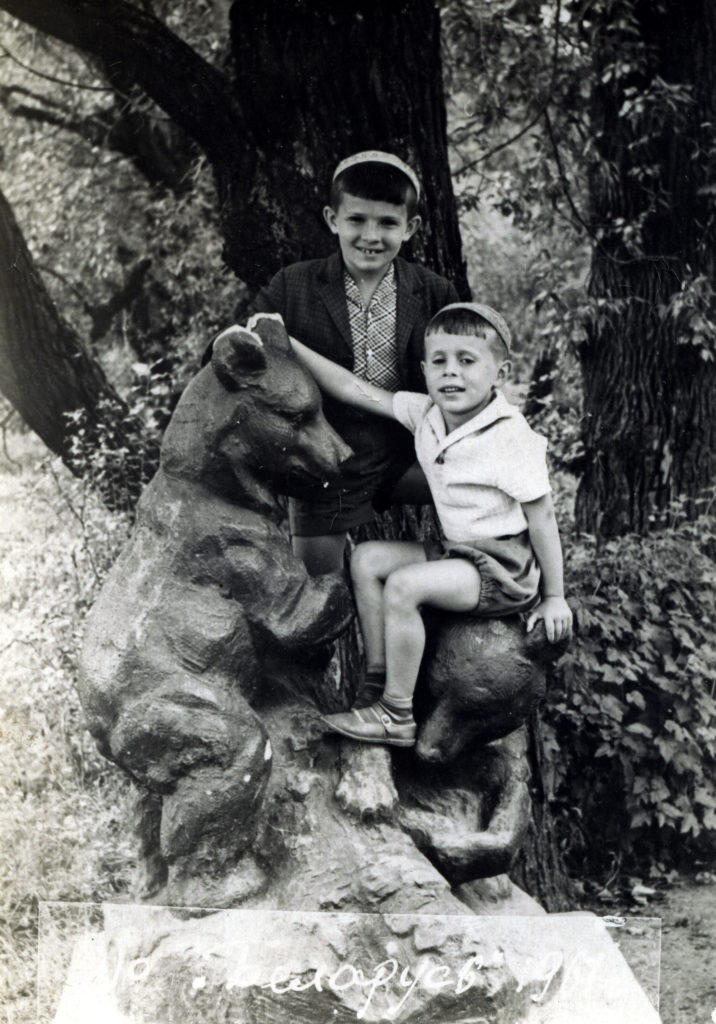 My sons Boris and Grigoriy (right) at the Belarus recreation center near Minsk where we spent our summer vacations.

I photographed my sons in the park of this center. This photo was taken in 1967.

I got married in 1956. I’ve known Dora Liefshiz, my wife, since school. Our older son Boris was born in 1958. In 1962 our second son was born. We gave him the name of Grigoriy after my younger brother who died in the ghetto in Slutsk.

I was raising my sons like my father had raised my brothers and me, to be true Soviet children. They grew up to become good Soviet citizens. I’m very happy with what has become of them. They were members of the Party and dedicated communists before the breakup of the USSR.

My wife and I spoke Yiddish at home. Our sons cannot speak it, but they can understand the language. I think it is very important that the Yiddish language is a living language in our family.

Upon graduation my son got a job assignment to Latvia. I can’t remember which town it was. Boris worked as a mechanic and then as director of a weaving mill.

Before his departure to Latvia he married a girl from Slutsk. They were school-friends.

After finishing the College he moved from one military unit to another in the USSR. He was a military financier and also served in the Soviet army regiment in Germany.

After returning from Germany he served in Belarus. Now my son is senior lecturer at the Military Faculty of the Department of Finance of the Belarusian National Technical University. He is a lieutenant colonel.

Grigoriy is married. His wife Lilia is Russian.