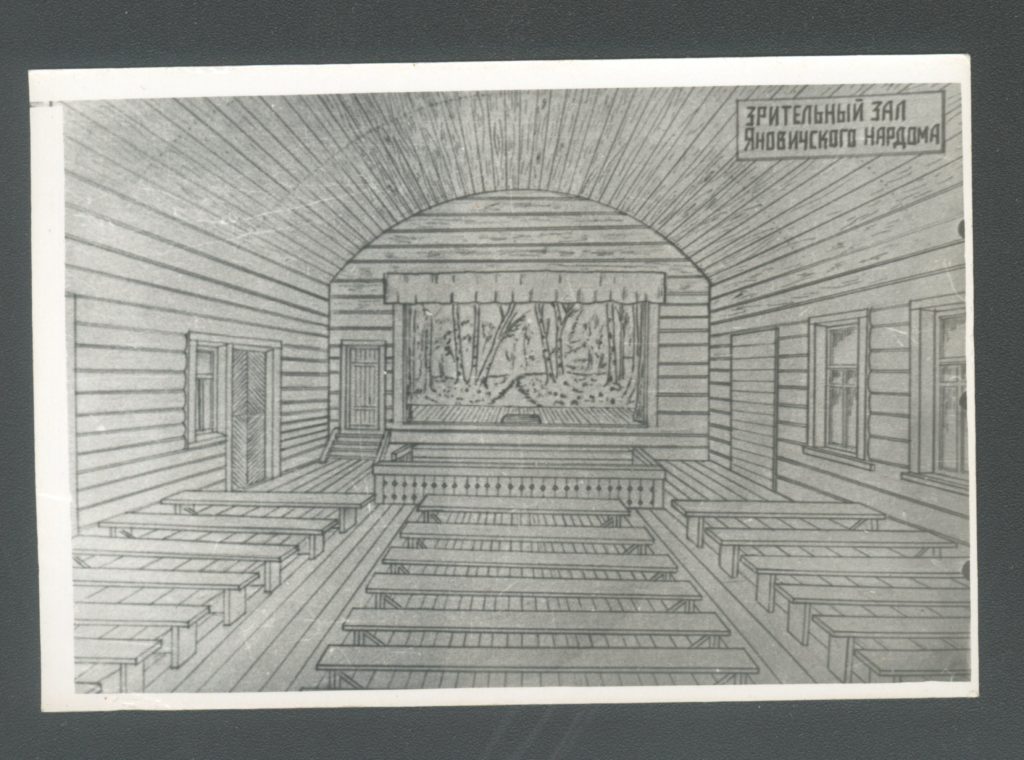 Auditorium of the Public House in the Jewish Borough Yanovichi, where Blyuma Perlstein lived

This is the auditorium of the Public House in the Jewish borough Yanovichi. The drawing is from the year 1926.

In June 1917 a Public House was constructed in Yanovichi, so this local theater group moved there to stage their performances. The Public House can also be seen in the picture, there is a small house with two windows to the right. Through this small house one could get to a big auditorium with a big stage, decorations and comfortable benches for the audience. The walls and ceiling were wooden. Very often actors from other places came on tour to our borough. A Jewish troupe also visited our place. When Soviet times came, school gymnastic groups acted on stage and performed in evening shows. This small house had a room where the pioneer organization was based after the Revolution of 1917. A single-storey building with a hall was located to the left. Behind the small house there was a barn and in front of the house there was a small flower garden.