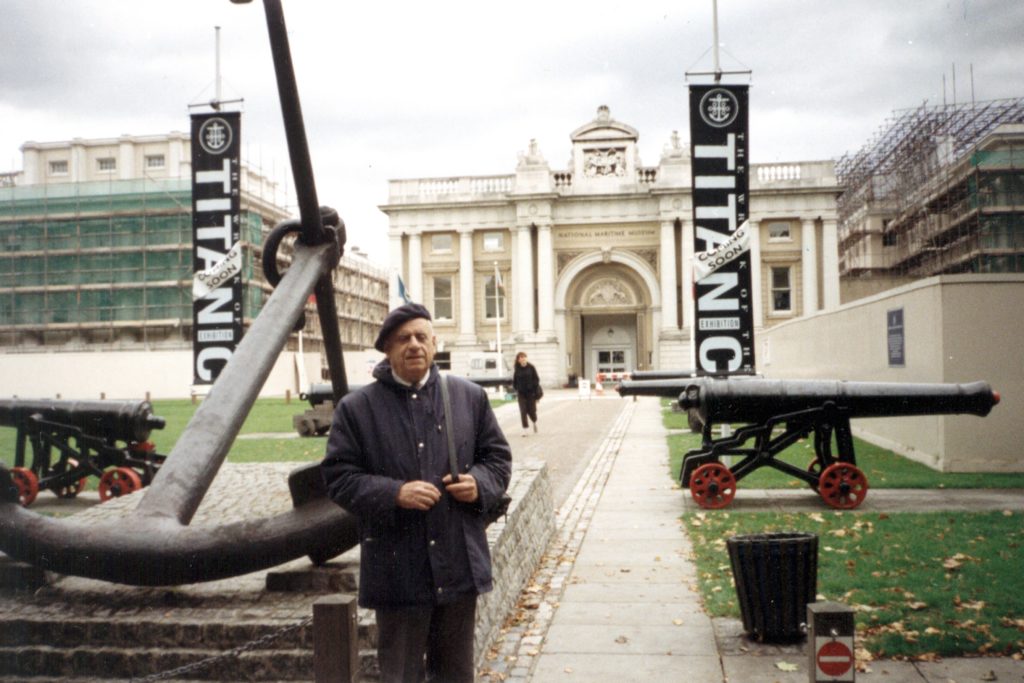 This photograph was taken in London. You can see The London Admiralty on the background. Here I’ll tell you how I managed to get there.

One day in 1991 or in 1992 Mark Bashmakov (I already told you about him) called me and said that in Italy he got acquainted with a Russian emigrant Vladimir Ladyzhensky. Ladyzhensky wanted to arrange assistance to Russia. Mark considered me able to participate in the project on the part of Russia. Vladimir arrived to our Institute, examined everything, appreciated our new equipment and told that we fully answered his requirements. His purpose was to create small centers for raising the level of professional skill. He wanted to create one of such centers on the basis of our Institute and make me its director. He managed. I gathered good and strong team. Our project was approved in all higher echelons. During the first year project participants went abroad on long business trips.

The first city we visited was Rome. Certainly I was shocked by the beauty of Rome, but regarding our business Italians could teach us nothing (I understood it immediately). Our level was very good and it was a pleasure. You see, the Iron Curtain rose recently and we had no opportunity to compare the levels. Our next trip was to London. There we visited World ORT computer laboratory. [World ORT is a non-governmental organization whose mission is the advancement of Jewish people through training and education, with past and present activities in over 100 countries.] It was very interesting and useful, and we learned much there.

Our project was a success, and I enjoyed popularity. I was invited to participate in another joint international project. Later I organized them myself. Well, I have been wandering around Europe about 9 years. At the same time I did not stop my work as a teacher and faculty head. At present I go on arranging similar projects, but now I do it on the basis of the Polytechnic College.

I am sure that such projects would be impossible unless great changes in our country. Here I’ll take the occasion and express my opinion about it.

Before 1937 it was possible to speak about merits and demerits of the Soviet regime. But after 1937 all merits were made null and void by demerits. I estimated all political events sensibly. I was on the side of Hungarians during the Hungarian revolution and on the side of Czechs during the Prague spring. But I was a conformist, I did not protest on the Red Square. [On August 28, 1968 eight Soviet dissidents came to the Red Square to protest against the USSR armies in Prague.] I think that Gorbachev was a great politician: he disorganized the communist system. It seems to me that he did much more for the country, than Yeltsin. [Yeltsin Boris (1931-2007) was the first President of the Russian Federation. He was elected on June 12, 1991.] He was alone fighting against the Soviet authorities.