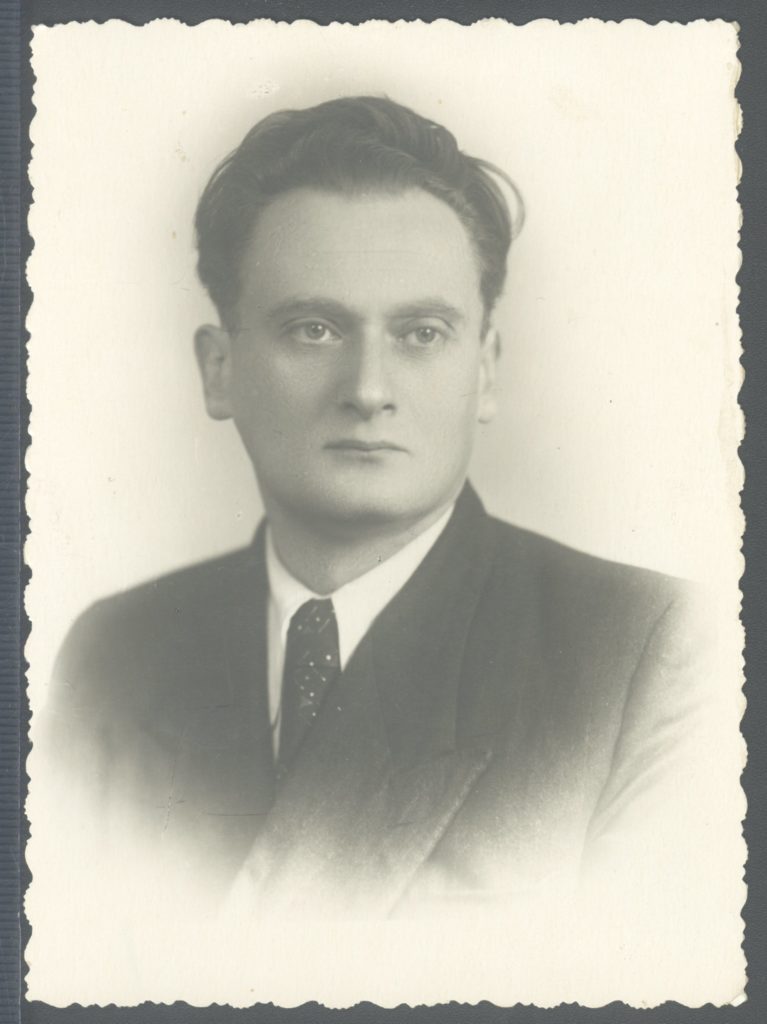 This is a photo of my husband’s father, Abram Kolton.

Abram Kolton was born in 1914. Abram worked at the Stalin Metallurgy Factory in Leningrad and taught students in an institute. He was a mathematician and mechanic, candidate of sciences, and worked on the theoretical fundamentals for the design of turbines.

In 1941 he volunteered to go to the front, but after the Germans demolished the Dnepropetrovsk Hydroelectric Power Station in 1942 he was summoned from the front to restore that station.

In 1959 he was awarded the Lenin Prize for designing turbines for Kuibyshev Hydroelectric Power Station. Abram was always a very modest man and disliked wearing his awards.

Now he lives in New York, USA, where he joined his granddaughter Eugenia Landman in 1992.

My husband’s mother worked as a teacher of mathematics in an ordinary school. My husband had a younger sister Aida. The children of Abram and Alexandra Kolton had unusual names: Aida and Garry.

They didn’t think properly when they were giving children such names. As a small girl she was called Lyalya, nobody ever liked the name Aida. And Aida called herself Lyalya all her life.

My husband’s family was not religious, just like my parents.