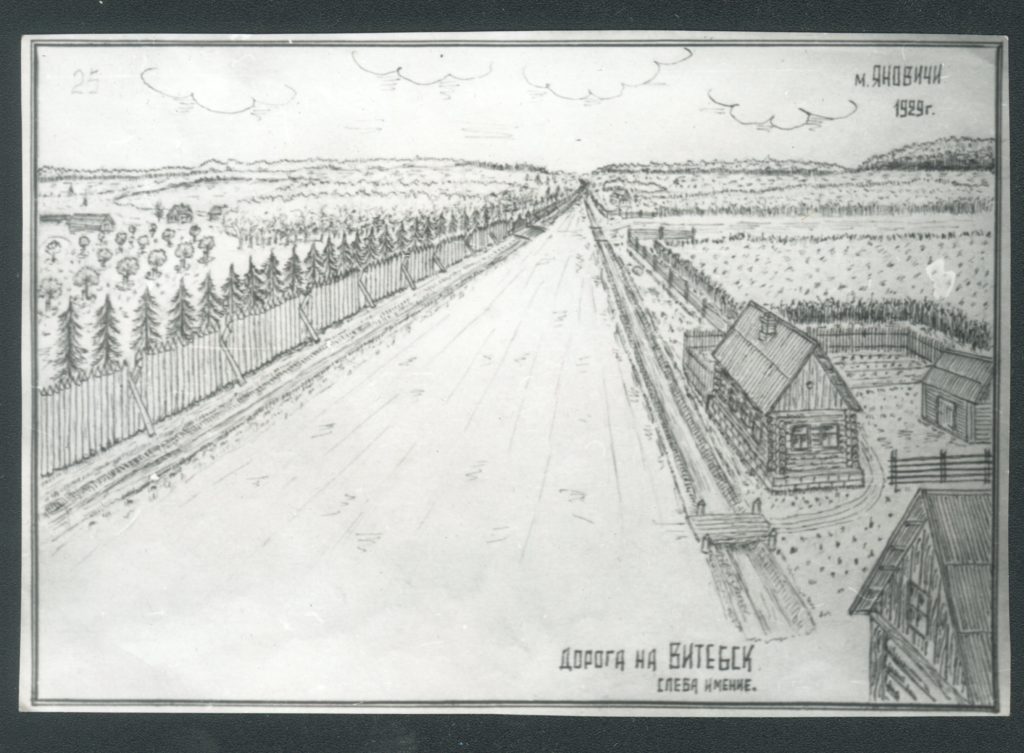 A road to Vitebsk in the Jewish Borough Yanovichi, where Blyuma Perlstein lived

This is a road to Vitebsk in the Jewish borough Yanovichi, where I lived. The drawing is from the year 1929.