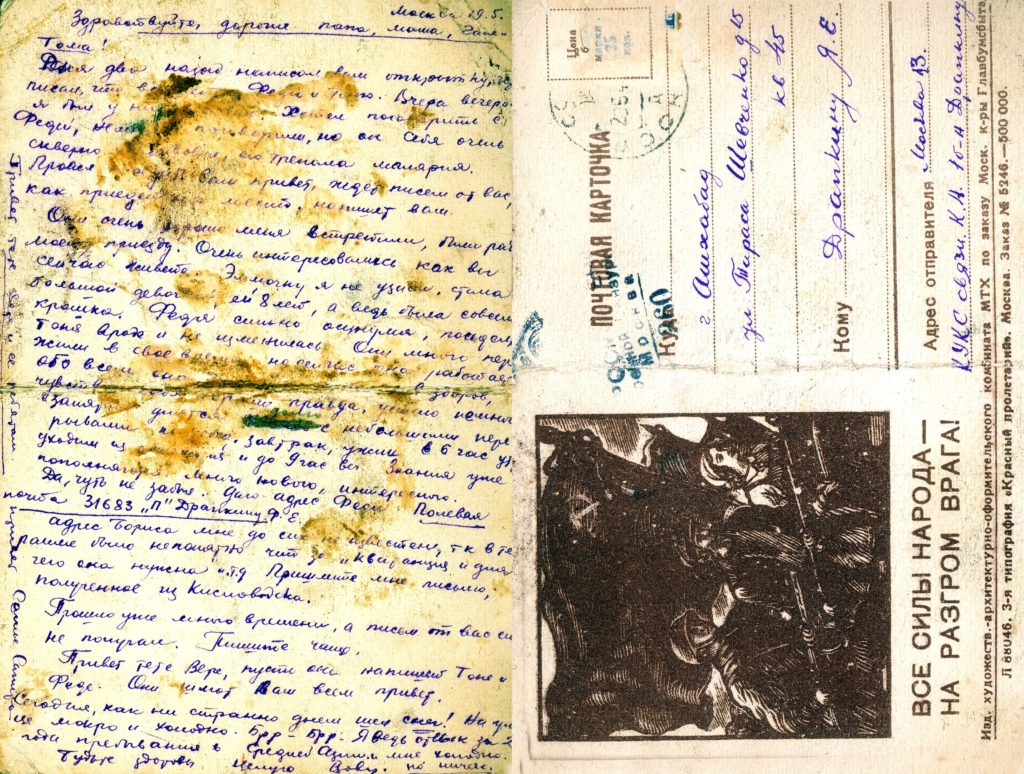 A letter written by Elena Drapkina’s husband to his parents

This letter was written by my husband in 1945 in Moscow.

Art that time Wolf Drapkin was in the army and came to Moscow on official business. He sent this letter to his parents to Ashkhabad, where they were evacuated.